In general, we all know that exports from the U.S. valued at $2,500 or less per Schedule B classification are exempt from Electronic Export Information (EEI) filing requirements. We also know that there are exemptions to this exemption.  The export of goods under an export license requires EEI filing regardless of value.  A few years ago, this was expanded to require EEI filing for exports of goods under License Exception STA, as well as items with an Export Control Classification Number (ECCN) of 9×515, and any ECCN with a “6” in the third position (so-called “600 series” ECCNs).

The List of Exemptions to the $2,500 Exemption just got Longer

Starting Monday, June 29, 2020, any item with an ECCN listed on Supplement 2 of Part 744 of the Export Administration Regulations (EAR) that is going to China, Russia, or Venezuela requires EEI filing, regardless of value, even though a license may not be required.  In addition, beginning September 27, 2020, this will extend to all ECCNs for exports to China, Russia, or Venezuela.  Note that items not controlled under an ECCN, designated EAR99, will not require EEI filing.

The Challenge for Exporters and Freight Forwarders

Freight Forwarders:  You are often left with the task of deciding whether or not to file an EEI for an export shipment.  If under $2,500 and no export license, don’t file.  This was pretty black and white on the Shipper’s Letter of Instruction (SLI).  Savvy freight forwarders are already looking a little deeper for those STA License Exceptions, or ECCNs of 9×515 and “600 series”.  Under the new requirement, freight forwarders must now check that any ECCNs are listed in that Supplement 2 of Part 744.

Exporters:  You should closely monitor their freight forwarder’s EEI filings.  Failure to file, or late filing, of an EEI would be a Federal Trade Regulation violation with a penalty of $1,000 per day up to a maximum of $10,000.  Failure to report these ECCNs on shipments to China, Russia, or Venezuela would be an EAR violation with a penalty of up to $300,000 per occurrence.

There’s no harm in filing the EEI when it’s not required.  Come September 27, 2020, EEI will be required for all ECCNs to China, Russia, and Venezuela.  It may be prudent and expeditious to simply file the EEI for all ECCNs to these countries today. 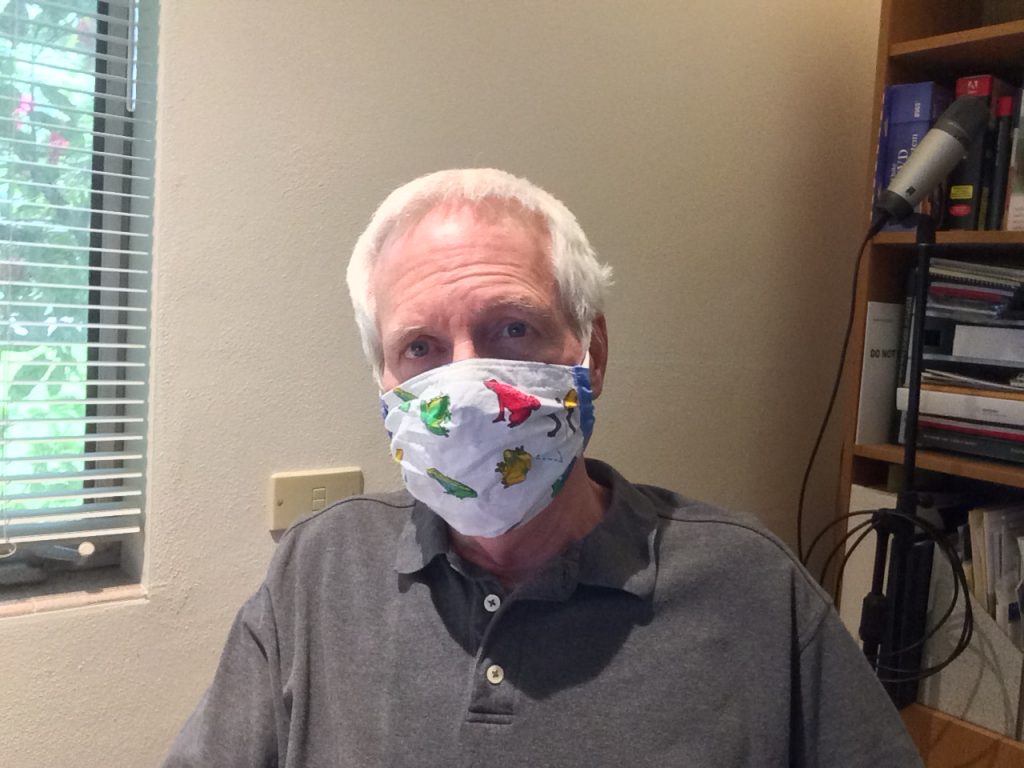 I had been feeling lucky. Nobody I knew had contracted COVID19. At least not that I was aware. But yesterday, I learned an aunt in a care facility was diagnosed. I hope you all are staying lucky.

Seems I don’t leave the house but about every week to ten days to buy groceries. My car’s gas mileage has improved – I must be getting six weeks to the gallon! But I think I’m overdue for a haircut. The face mask? My niece made that for me. Frogs! I love it!

Professionally, we’re all struggling. Reduced hours. No hours. I’m not working nearly as much. So here’s the deal. If there’s anything I can do for you. Just let me know. Just don’t make me leave my home office. Just click on my Virtual Coffee, Conversation, and Compliance page to book your free chat session.  We don’t even have to talk compliance.  Maybe we can compare face masks.

We’re gonna bounce back from this.  Just watch us. 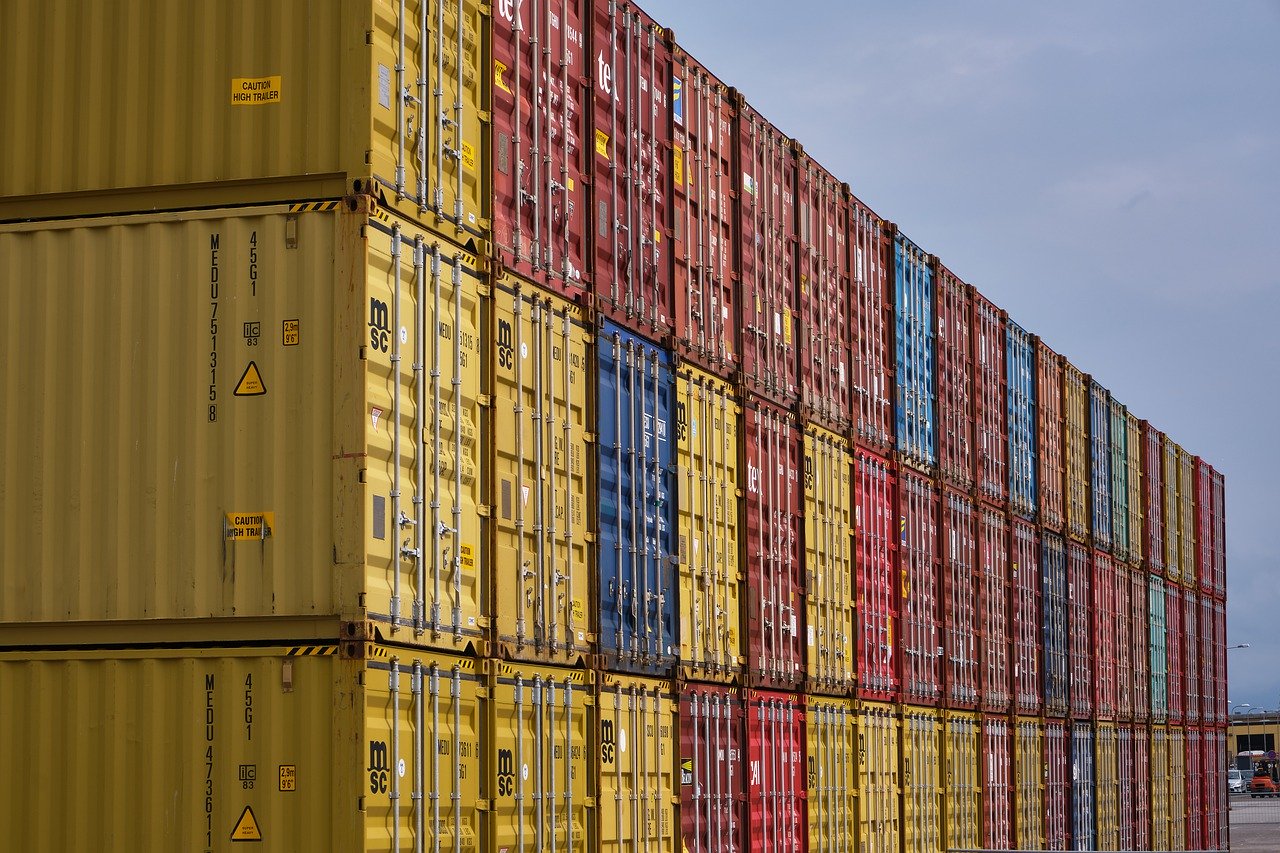 Can an exporting company file it’s own Electronic Export Information (EEI)? SHOULD they file their own EEI?

Link to Census for self-filing of EEI: https://www.census.gov/foreign-trade/aes/aesdirect/transitiontoace.html

Jim Dickeson is a trade compliance geek who gets his kicks helping exporters, importers, and freight forwarders with their compliance headaches. You can find him at https://www.linkedin.com/in/jimdickeson, and at http://TradeComplianceGeek.com.

Welcome to the new reality.  Due to the worldwide virus outbreak, more of us are working from home.

Work from home?  Gee, I’ve been doing that for several years now.  I’m a freelance consultant in United States export and import regulatory compliance.  I’ve not even met most of my clients.  They’re mostly outside of my state, some outside of the country.  Gotta love the internet.  Working from home is nothing new for me.  I drink less coffee.  And I pet the cat more.

So if you or your company have a need, and you’re working from home, let’s talk.  And maybe trade cat pics.

Stay safe.  Wash your hands more.  Touch your face less.  And we’ll get through this.

Export license, check.  Packed your product, check.  Invoiced your customer (including the Destination Control Statement – good for you), check.  And your freight forwarder just picked it up.  Now it’s Miller time.

Wait a minute? What’s the routing of your shipment?

When you export goods from the U.S., or re-export goods from a foreign country, under an export license, you need to watch out for prohibited routings via other countries. Your export license will usually allow transiting third countries, whether to stopover at an airport, or to be transferred from a ship to a truck or rail. But there are several countries through which such transit is not allowed, unless a license is not required to ship to those countries, or if transit is specifically allowed by your export license. Those countries are Armenia, Azerbaijan, Belarus, Cambodia, Cuba, Georgia, Kazakhstan, Kyrgyzstan, Laos, Mongolia, North Korea, Russia, Tajikistan, Turkmenistan, Ukraine, Uzbekistan, and Vietnam, and transiting any of them might mean an export violation. See General Prohibition 8 (15 CFR 736.2(b)(8).

I think I’ll be an export violation for Halloween. Not THAT’S scary.

And NOW it’s Miller time. Or, since you’ve once again avoided export violation, make it a Guinness.